La Garita (Telde), Sardina (Gáldar) and Arinaga (Agüimes) were the three newest beaches to get Blue Flags, an international quality standard that is awarded only to beaches that meet strict criteria with regard to clean water, facilities, access, safety and high environmental standards.

The new awards mean that Gran Canaria now has more Blue Flag beaches than any of the other Canary Islands (Tenerife has 12). The island also has two Blue Flag marinas and a new Blue Flag walk at El Confital just north of Las Palmas.

The Blue Flag programme for beaches and marinas is run by the international, nongovernmental, non-profit organisation FEE (the Foundation for Environmental Education). The Blue Flag programme was started in France in 1985. It has been operating in Europe since 1987 and in areas outside of Europe since 2001, when South Africa joined. Today, Blue Flag has become a truly global programme with an ever-increasing number of countries participating in the programme. The Blue Flag programme promotes sustainable development in freshwater and marine areas. It challenges local authorities and beach operators to achieve high standards in the four categories of: water quality, environmental management, environmental education and safety. Over the years, the Blue Flag has become a highly respected and recognised eco-label working to bring together the tourism and environmental sectors at local, regional and national levels.

More information on the Blue Flag programme and criteria is available here: 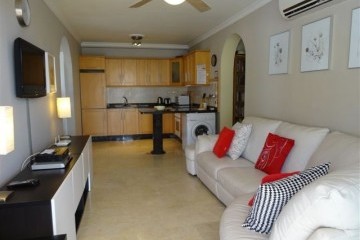 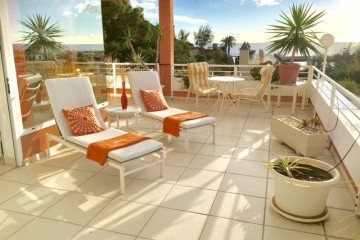 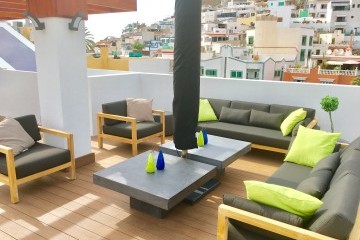 We had a  great   two  weeks in this wonderful apartment -   we liked it very much !Thanks to the owner and special thanks to Marian .  ....